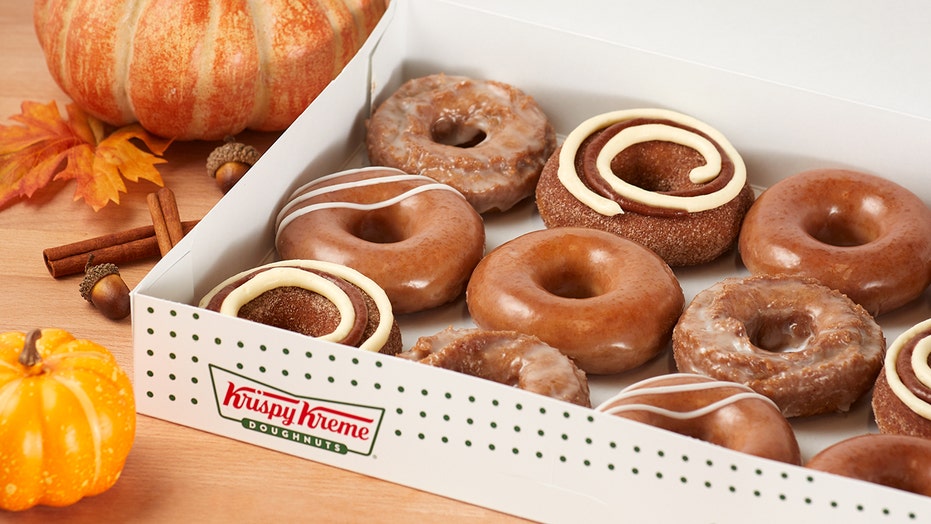 Half a dozen things you didn't know about doughnuts

Did you know there are actually two National Doughnut Days? Or that Emily Post issued rules on dunking? We've sorted through the Internet to find six of the tastiest facts you might not know about doughnuts.

Krispy Kreme is jumping aboard the cinnamon-scented bandwagon in a big way, adding an entire “collection” of pumpkin spice doughnuts to its repertoire.

This “collection” will be available through the end of the month, per Krispy Kreme.

“We’ve not only brought back your favorites, we’ve added a new Pumpkin Spice Cinnamon Roll Doughnut and you’re going to love it,” said Dave Skena, the chief marketing officer of Krispy Kreme, in a press release. “Plus, we’re making them every day all month long, so you’ll have the time to try them all.”

Try as they might, however, Krispy Kreme's new offerings will likely never resonate with the doughnut-eating public as much as the marquee-type sign outside of a Dunkin' location in Maine, on which an 18-year-old employee recently touted the menu's new pumpkin-spiced items as “UH OH SPICY! PUMPKIN! HAHAHAHA PUMPKIN TASTY!”

Krispy Kreme did not immediately reveal whether it was working on a catchy slogan of its own to compete with such unparalleled ingenuity.