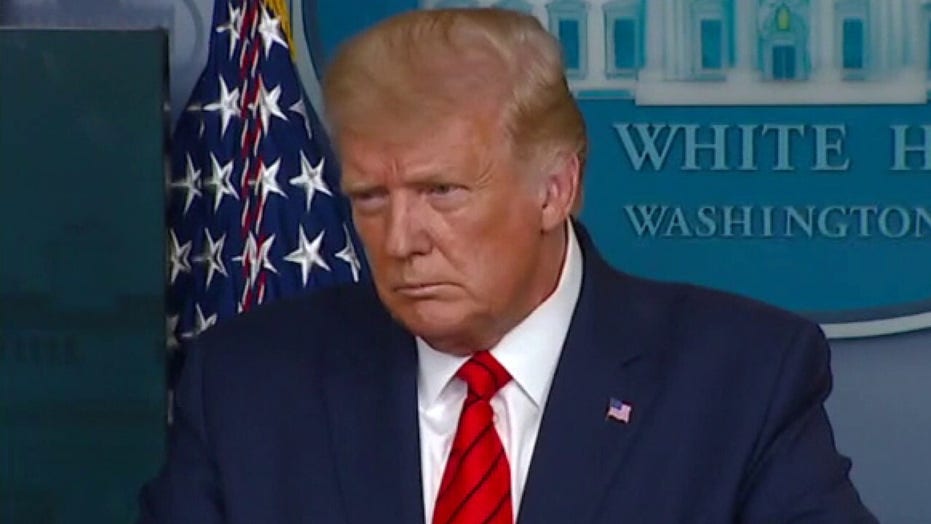 CNN political analyst Joe Lockhart publicly questioned on Monday if President Trump had a stroke and is “hiding” from the American people.

Lockhart took to Twtter and asked, “Did @realDonaldTrump have a stroke which he is hiding from the American public?”

Lockhart may have been referring to a Salon report published Monday regarding Trump's unexpected November 2019 visit to Walter Reed Medical Center. “That visit is among the many things that author Michael S. Schmidt discusses in the new book, ‘Donald Trump v. the United States: Inside the Struggle to Stop a President,’” Salon reported.

The Trump campaign blasted Lockhart and called for his firing.

"If another CNN employee said similar things about Barack Obama they’d be fired immediately, so the same standard should be applied here," the campaign said in a statement.

Trump has insisted the visit was a routine physical but it sparked questions about the president's health nonetheless.

Lockhart sent the tweet shortly after Trump held a press briefing in which he tore into Democratic presidential nominee Joe Biden and other Democrats and accused them of stoking “left-wing political violence.”

Back in 2016, CNN published an article “debunking the Hillary Clinton health conspiracy” after the network accused Trump and conservative media of sowing doubts about Clinton’s health. At the time, CNN reporter Gregory Krieg wrote that Trump supporters used “junk science and conspiracy theories to argue that Clinton is suffering from a series of debilitating brain injuries.”

CNN political analyst Joe Lockhart publicly questioned on Monday if President Trump had a stroke that he is “hiding” from the American people.?? (Photo by Jeff Kravitz/FilmMagic, Inc)

Lockhart is no stranger to controversial tweets. Last week, the CNN analyst suggested that "karma" was involved in the trajectory of Hurricane Laura as it approached Texas and Louisiana.

Last Tuesday, CNN awkwardly aired Sandmann's speech as part of the second night of the Republican National Convention, where he said his life "changed forever in that one moment" because the "full war machine in the mainstream media revved up into attack mode" while botching its coverage of the 2019 viral confrontation with a Native American elder that had portrayed the Kentucky teen as the aggressor.

However, one of Sandmann's loudest critics came from the network that he settled with.

"I'm watching tonight because it's important. But i [sic] don't have to watch this snot nose entitled kid from Kentucky," Lockhart tweeted.

Fox News’ Joseph A. Wulfsohn and Andrew O’Reilly contributed to this report.