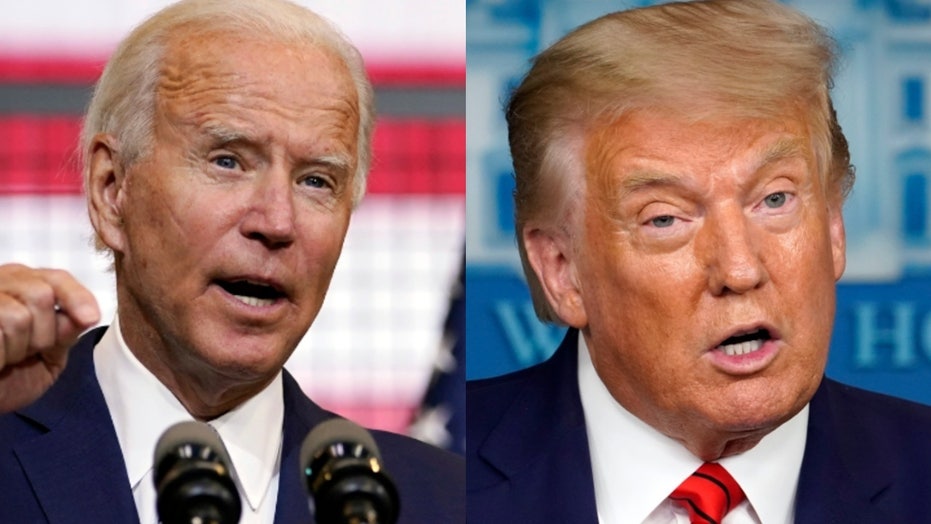 Joe Biden had a good thing going. In a rare adventure outside his basement, he was giving a speech in Pittsburgh that contained some fine passages about national unity mixed with blistering attacks on the president. Most important, he had — finally — crossed the Rubicon in condemning the crime and violence plaguing the nation’s urban areas.

It was good medicine for a violent-sick nation because after weeks of virtual silence on the issue and then timid criticism, the Democrats’ nominee had found sufficient courage to at least state the obvious.

LEE CARTER: BIDEN IS REACTING TO TRUMP, NOT TO VIOLENCE, RACIAL INJUSTICE

Lest there be any doubt about where he stood regarding the frightening events in Portland, Seattle and other places, Biden even asked: “Do I look like a radical socialist with a soft spot for rioters? Really?”

Before Tuesday, the answer was, well, now that you’ve mentioned it, yes, you do.

So had Biden stopped with his condemnation, it would have been progress enough for one day. He had left the basement and done what he had to do.

But foolishness followed when he unveiled an approach that smells like an audition for yet a new argument. Make that another weak, inane argument. 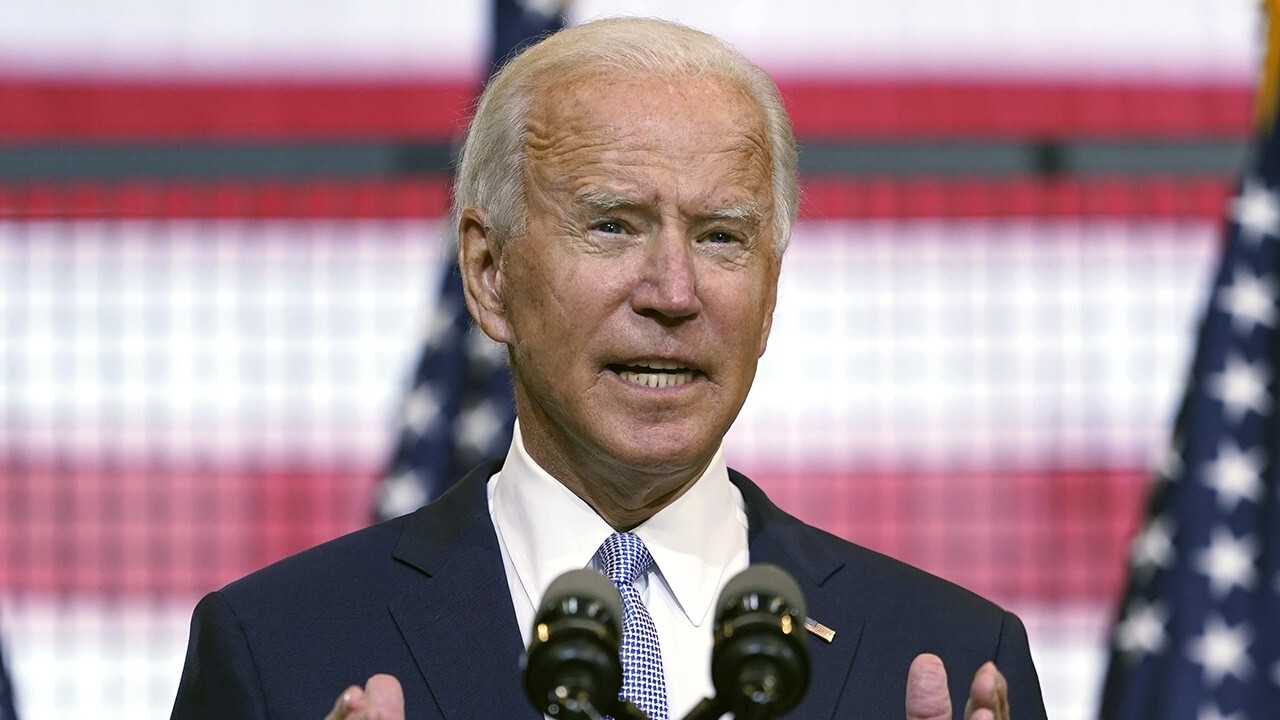 To combat Trump’s claim that electing Biden would give free reign to lawlessness — a claim that has been resonating among swing-state voters — the Democrat tried to turn the tables and pin all the blame on the president, saying:

“He can’t stop the violence because for years he’s fomented it.” And “he’s not been part of the solution thus far. He’s part of the problem.”

As trial balloons go, this one is made of lead. It won’t fly.

Biden’s beyond the pale claim is that the riots and the national surge in violent crime are part of a pattern. He added the coronavirus and the fight for “racial justice” as proof that America is out of control and that Trump is the common denominator.

“Murder is up 26 percent this year under Donald Trump,” Biden said at one point.

The problem with the witches’ brew he concocted is that the ingredients don’t go together. The most obvious contradiction is that virtually all these cities engulfed in destabilizing turmoil are in blue states and are run by Democratic mayors.

Trump has offered to send in federal help and the mayors have generally said no.

Similarly, Democratic mayors preside over the cities at the heart of the racial fires involving allegations of police misconduct. If there are bad cops on their forces, why didn’t the mayors supporting Biden remove them?

That’s just one of the logical problems with the argument, but Biden is not appealing to logic, only to the erogenous zones of anti-Trumpers. Nothing turns them on like another excuse to justify their hate for the president and now they have one.

It presumably is meant as a replacement for the excuse from last week, when the media Praetorian Guard declared that the murder surge Biden now finds troubling really isn’t that big of deal. Perhaps one day Biden and his propagandists will get their story straight and stick to it.

Moreover, Biden’s attempt to blame the president for the violence undercuts his condemnation of that violence. Giving the rioters an excuse basically gives them a pass. And how, pray tell, is Trump responsible for riots that were started and continue with the goal of ending his presidency? 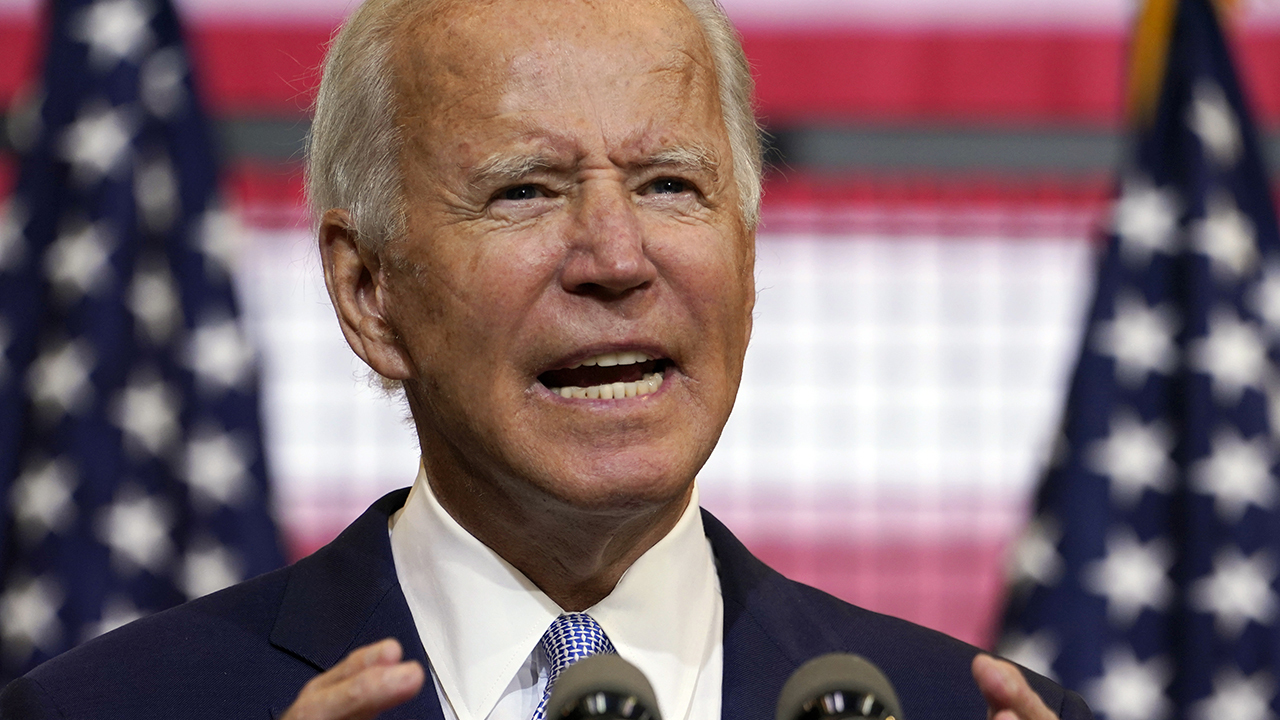 He’s not, of course, but Biden is not exactly breaking new ground when he suggests that Trump is mystically responsible for the bad behavior of those who oppose him. Major institutions have disgraced themselves, and effectively offered the defense that “Trump made us do it.”

Recall that the FBI was so determined to paint him as a Russian agent that it corrupted itself in the process. The New York Times and other lefty outlets were willing to forfeit their public trust and trash standards in an effort to thwart him.

Congressional Democrats gave up being a governing partner to join the resistance and many federal judges ignored their oaths to become partisan players.

Now we can, according to Biden, add Antifa, Black Lives Matter and other anarchists to the list of Trump’s victims.

Apparently the rioters, arsonists and common criminals were all good little boys and girls in the pre-Trump era and their assault against America just demonstrates that they, too, are casualties of the president’s toxic being.

The idea is so fatuous, so idiotic that it only adds to the concerns about Biden’s well-being. On top of all his other health maladies, he, too, seems to be suffering from a serious bout of Trump Derangement Syndrome.

Even a mask can’t help him with that.

This column first appeared in the New York Post.

Get the recap of top opinion commentary and original content throughout the week.