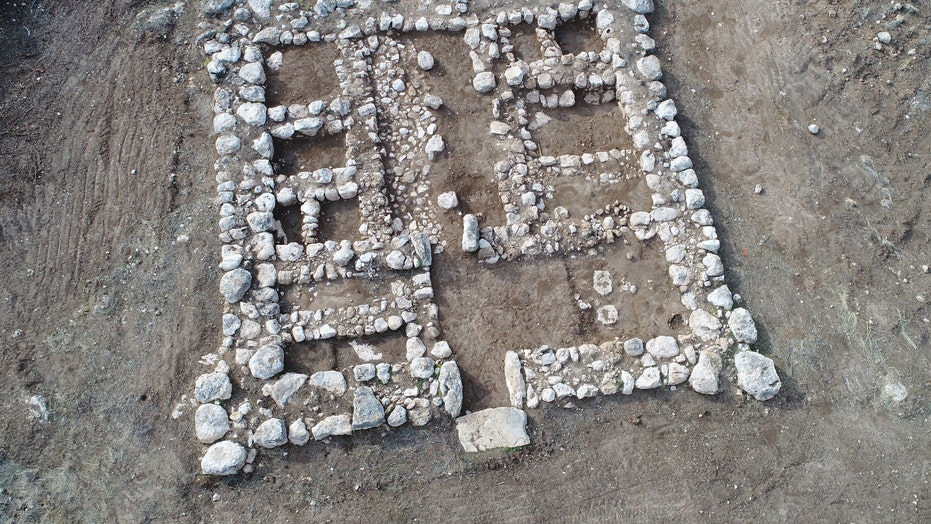 A 3,200-year-old fortress has been discovered in southern Israel.

The fortress was likely built by the ancient Canaanite civilization to protect against Philistine invaders, according to the Israel Antiquities Authority.

Experts from the Israel Antiquities Authority and teenage volunteers uncovered the fortress close to Kibbutz Galon, which is near the city of Kiryat Gat.

The fortification measures 59 feet by 59 feet and had watchtowers in each of its four corners. A central courtyard paved with stone slabs and columns was in the middle of the fortress. Pottery vessels were discovered in the fortress’ former rooms, including vessels that were likely used in religious rituals.

Dating back to the 12th-century B.C., an era described in the biblical Book of Judges, the stronghold sheds light on the region’s turbulent ancient history.

"The fortress we found provides a glimpse into the Geopolitical reality described in the Judges book, in which the Canaanites, Israelites and Philistines are fighting each other,” said Israel Antiquities Authority Archaeologists Saar Ganor and Itamar Weissbein, in a statement emailed to Fox News. “In this period, the land of Canaan was ruled by the Egyptians and its inhabitants were under their custody.”

ANCIENT CANNABIS AND FRANKINCENSE DISCOVERED AT BIBLICAL-ERA SHRINE IN ISRAEL

In the middle of the 12th century B.C., however, the Egyptians left the land of Canaan. “During the 12 century B.C., two new players entered the game: the Israelites and the Philistines,” the archaeologists added. “This led to a series of violent territorial disputes.”

Israel continues to reveal new aspects of its rich history. An ancient soap factory was recently discovered in the Negev desert. Material on the altars of an ancient shrine was also recently found to include cannabis and frankincense.

In another project, hidden underground chambers dating back 2,000 years were recently discovered near the Western Wall in Jerusalem.

A 6-year-old boy in Israel also recently discovered a 3,500-year-old clay tablet depicting an ancient captive and his captor.

In another project, an Iron Age temple complex discovered near Jerusalem is shedding new light on an ancient biblical city.

Get a daily look at what’s developing in science and technology throughout the world.