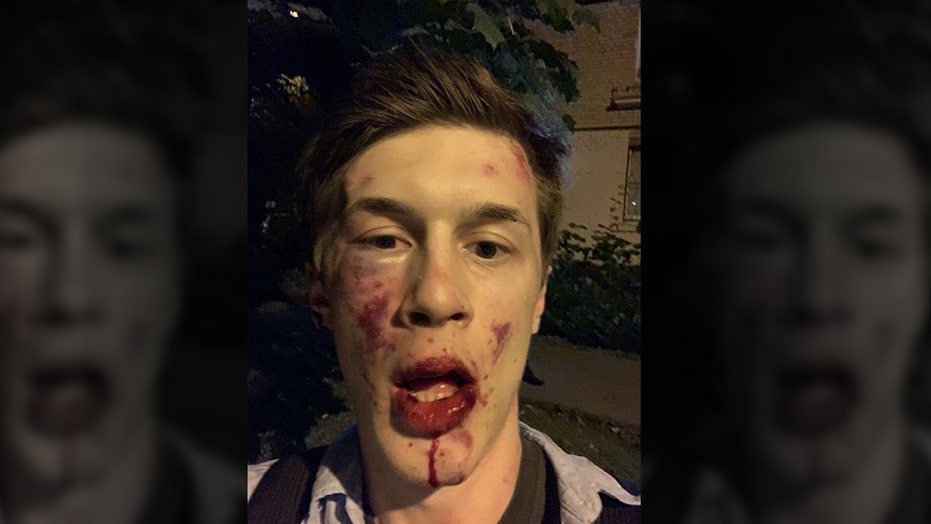 A Russian blogger and vocal critic of Vladimir Putin was taken to the hospital late Sunday after an assault outside his Moscow apartment that left him bloodied and bruised, according to reports.

Yegor Zhukov, 22, is one of Russia’s most outspoken critics of the Kremlin. He was among more than 1,000 people arrested last summer during one of the largest crackdowns on dissidents in recent years.

A photo of Zhukov after Sunday’s alleged attack was posted on the Facebook page, “Zhukov’s Team.”

Zhukov told police that “two unidentified men had attacked him on Rashchupkin Street and injured him,” according to a police statement cited by Interfax news agency.

Moscow police have opened an investigation, BBC reported. The attackers face up to two years in jail if convicted.

“Let’s hope that those who are guilty will be identified and punished according to the law,” said Kremlin spokesman Dmitry Peskov.

Last December, a Russian court found Zhukov guilty of inciting extremism on his YouTube channel and banned him from the Internet for two years. Zhukov alleged that the decision was politically motivated.

Earlier Sunday, Zhukov said on his YouTube channel that he had been rejected for a master’s program at Moscow’ Higher School of Economics – a decision he also linked to his political activity.

The attack comes after leading Russian opposition leader Alexei Navalny was transferred to a hospital in Berlin after a widely suspected poisoning attack.